The never released 1989 album of Der Plan out now on Bureau B! 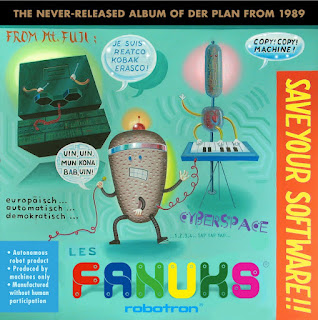 This outstanding album was rediscovered during Covid lockdown in the Ata Tak tape archive. It was originally recorded for a live show with robots that never took place and so the music disappeared in the vaults for 4 decades. The entire story of this amazing project is narrated on the album and in the booklet.