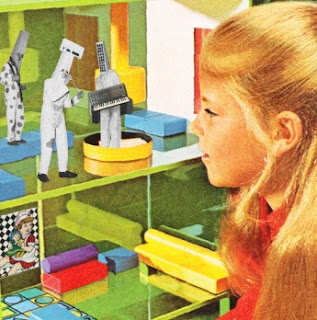 Things are developing really nicely with the upcoming complilation "The Sound Of Geri Reig". For the first time the original recordings of the musical style later coined "Geri Reig" are going to be pressed in vinyl grooves. Not only are we going to hear the music of pre-Der Plan sets such as Weltaufstandsplan and Die Karmann Ghias, but also what happened on the other side of the planet simultaneously. From San José a.k.a. "the pit" the tunes of "The Prehistoric New Wave Singers" and other groups will complete the archives of home-made experimental para-pop music from the late 1970s. Prepare to jump on your copy as this compilation will be published in a very small edition. Prices are predicted by Goldman Sachs to shoot the roof once sold out.
Posted by Moritz R at 9/12/2012 07:48:00 PM

when will it be released??